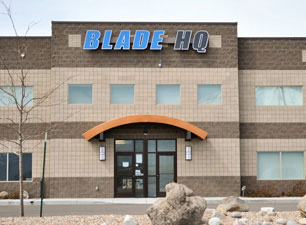 There are quite a few people working behind the scenes at Blade HQ, but without one in particular, Blade HQ wouldn’t exist. His name is Cam, and he’s the CEO around here. You might remember him from such YouTube videos as “Outtakes with Cam” or “Tactical Clothespin.” Cam’s a pretty funny guy; one day at work I watched from my desk as he whipped open people’s office doors while yelling to try and scare them—it was pretty amusing. Cam kind of sets the tone around here, and there’s an element of fun that has diffused throughout the company and into every department.
Having a fun CEO makes for a pretty awesome work environment, but Cam knows his stuff, too. Here’s a little bit of background on the face behind Blade HQ and a look at his taste in knives.

A Business is Born

Cam started Blade HQ because other online knife vendors just weren’t cutting it for him (pun intended), so he took matters into his own hands. Fast forward 10 years, and Cam’s small business has blossomed into a successful company. This didn’t happen without effort on his part, though.
For a brief (though seemingly endless) three-month period in the company’s infancy, Cam was the only member of Blade HQ, and the company went bankrupt. (This was only a short period of time that occurred about two years after Blade HQ was founded.) Cam was doing all the work, and he was sleeping only every other night or so.  It gets sadder; because Cam spent all of his waking hours working, Cam also slept at the store on a shelf with only a blanket that kept him warm and a pillow that kept him “mildly comfortable.” He still keeps the blanket and pillow in his office, perhaps to remember those fond times.
Fortunately things turned around for Blade HQ, and aren’t we glad Cam stuck with it? The end result of his sweat (but not tears—this is Cam we’re talking about) is a stellar store with a massive selection.

If you’ve seen this video, you might still be thinking that Cam’s EDC is a Microtech Nemesis. I tried my best to find out what Cam’s real EDC is, but alas, the stars were not aligned in my favor. I did find out what the most recent knife he carried was though. It’s this Benchmade Mini Onslaught. Is it his EDC? We may never know. 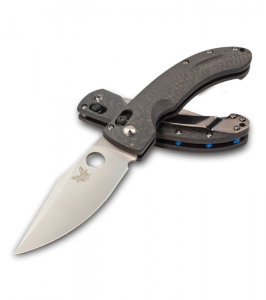 Another little tidbit about Cam is that he really likes toys from the ’80s, cars, and superheroes. His favorite superhero: Batman. According to Cam, Batman is “the world’s greatest detective.” In fact the “Extractor,” which looks like the Joker’s knife in The Dark Knight, was one of Cam’s first knives. 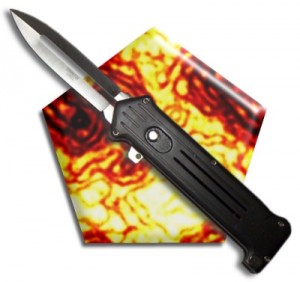 At the risk of showing favoritism, Cam said his “favorite knife is a sharp knife.” Who’d have thunk it?
So that’s Cam for you. I’ll be throwing some of these spotlights in the mix every once in a while to give you an idea of the different people who work here and the types of knives they carry.
Remember to check back every Friday for more awesome knife content!

6 thoughts on “Blade HQ: The Face behind the Place”