I love knives. I carry knives. I use knives. Every day, part of my life revolves around the use of a knife. Naturally I don’t stick with just one knife to be my EDC, I like to switch things up and carry a different knife each day. Though changing up my EDC each day is nice, there are times when I forget to grab a knife for the day. This seemingly simple omission will throw off my whole day. The first thought that runs through my head is that maybe I lost one of my knives! After the terror subsides, I realize that I left them all in my drawer at home. Co-workers, friends, and family all know that they rely on me to carry a knife. Now I carry a back-up knife that I normally wouldn’t place into my rotation of my EDCs; this solves the issue of temporary forgetfulness. I carry it in a bag that I take with me 100% of the time. No, this isn’t a “murse” or a “man bag”, rather it’s because I drive a Jeep and when the top is off, I can’t leave anything behind that I wouldn’t mind someone taking. 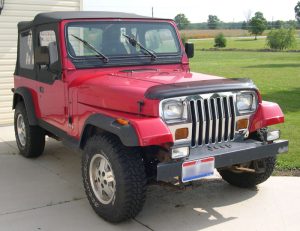 There are some conditions that must be met in order for a knife to be considered as one of my “back-ups”.

#1 The knife must be small. By small, I mean that when I carry it the size is negligible enough to hardly be noticed.

#2 The knife needs to be functional. By functional, I mean that it can’t be a blade that you wouldn’t be able to use. There are keychain knives out there that people carry that I honestly can’t see a use for. I don’t want to be carrying the knife as a fashion statement.

#3 The knife should require little maintenance. Some knives out there require TLC and if you are carrying a back-up knife just in case, then chances are you will have it in a place that is out of site out of mind. The knife will do you no good if the lubrication dries out or if it rusts on you.

#4 The knife needs to be safe. You can’t carry a knife that will have the potential of shaking open and hurting you or damaging whatever you carry your knife in. Then instead of being a tool, the knife turns into a liability and does you no good.

The Mini Bolstermatic Automatic knife fits the above conditions perfectly. 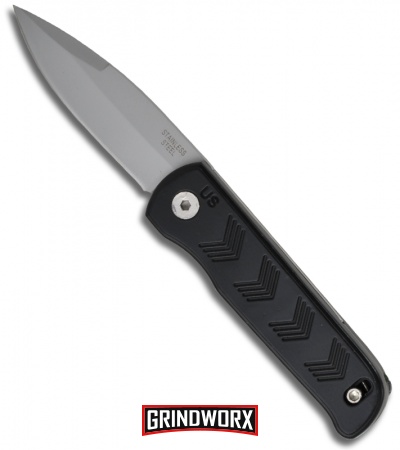 It’s compact with a closed length of 3.5” and a blade length of 2.6.” It is completely functional with these same measurements because you can have a good grip and maintain control with it. There isn’t a whole lot of maintenance required on this knife. Yes it is an automatic, but the tolerances are such that it will function through all the pocket lint your jeans can muster up. When the time comes to use it, simply use the knife then blow out anything that may have built up inside it and you are good to go. The blade is stainless steel so no worries about a rusty blade and the spring action will work amazingly well for a budget auto. The release is a hidden scale release which will hold the blade amazingly well.  The other great feature about it is that it is single action. Now on EDCs I prefer carrying a double action if I can (for sake of convenience) but in this case the single action locks that blade in nice and securely so most people won’t know how to open your knife without you there to help them.

The only downside is that there is no safety, but I haven’t found an environment that can inadvertently manipulate the scales in such a way as to open the knife by mistake.

This a lot of package wrapped up with a budget price tag. This knife is under $10! Some people may turn their nose up to the Mini Bolstermatic because it doesn’t boast a brand name behind it. I understand that in the world of knives there is a risk at getting a cheap knife without a brand that will just fall apart on you the first time you use it, but in this case there is a big difference between cheap and inexpensive. The Mini Bolstermatic is inexpensive, but it definitely isn’t cheap.