The Knife Blog is taking a stroll down Mythbusters ally today, so get excited. Below are 10 knife myths, and a few of them are actually from Mythbusters because Mythbusters is awesome like that. If you know of any other knife myths, feel free to add them to the list: 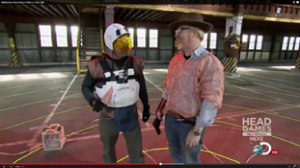 1. A Sharp knife is safer than a dull one
Verdict: Debatable
This is an interesting statement because the validity really depends on how you interpret the word “safer.” Typically if you’re looking at the blade alone, a sharp knife is capable of more damage than a dull knife. However, you have to exert more force when using a dull knife which makes you more likely to injure yourself. If you’re evaluating a knife’s safety based on the damage it can do, a dull knife would probably be considered safer, but if you’re judging based on the likelihood of injury, a sharp knife would probably be safer.

2. Some knives never need to be sharpened
Verdict: False
All knives need to be sharpened even though some advertisements claim otherwise. Some steels have better edge retention than others, but ultimately all knives will need sharpening at some point, provided they are actually being used.

4. Automatic knives are the only way to go for fast blade deployment
Verdict: False
Manual and spring-assisted knives have come a long way, and the difference in speed between a good knife in either category and an automatic knife really is miniscule. In fact in many cases, a manual or spring assist can be faster than an automatic knife, depending on which models you are comparing.

5. A harder steel means longer edge retention
Verdict: False
This is true to some degree; hardness does factor in to edge retention, but if a blade becomes too hard it becomes brittle, lacks flexibility, and is prone to breaking.

6. Dull knives have an edge that has worn away
Verdict: False
Contrary to popular belief, when a knife “loses its edge,” the edge has actually folded onto itself. This is able to occur because the edge is literally microscopic.

7. A higher price always means a better knife
Verdict: False
A more expensive knife means a better knife generally speaking, but not always. For example, many say that S30V steel is better than its recent upgrade, S35VN. Also, there are always those knives are that are a huge bang for your buck (like the Boker Kalashnikov) and function similarly to more expensive knives.

8. Never bring a knife to a gun fight
Verdict: False 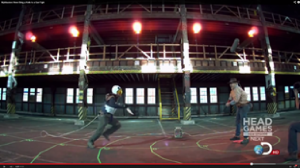 Never say never, especially when you’re talking about a knife’s capabilities! Mythbusters actually did a segment on this myth. The idea behind the myth, In Adam Savage’s words, is that if your opponent brings a knife to a gun fight, you should feel completely relaxed because your gun is going to win. However, they found out that when it comes to fighting in close quarters, a knife is actually a very respectable weapon. From their testing, they found a knife to be a useful tool if you’re within 16 feet of your opponent. (I’ve seen other statements that claim the distance is actually 21 feet, but a knife does come in handy within a certain distance, nonetheless.)

9. You can slice a sword in half with another sword
Verdict: False 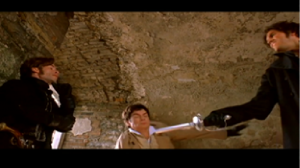 In some movies (like The Count of Monte Cristo), one character slices his opponent’s sword in half with his own sword. This begs the question, is that even possible? Mythbusters used two genuine Japanese swords for their test. They tried clashing the blades edge to edge, and then edge to the flat side of the blade, but neither attempt cut a sword in half. So, according their test and results, this is not possible.

10. A pocket full of coins or a book can stop a sword
Verdict : Half true 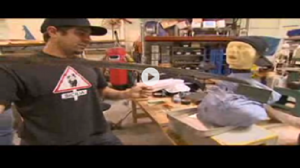 Mythbusters tackled this one, too. They found that a thick book could definitely save you from getting stabbed by a sword, but coins are a different story; they are hard enough to stop the blow, but it’s not likely that a coin or coins would be able to stay in place to protect you. In their test, the sword hit the coin and immediately slid off its surface. So, books are good for your brain in addition to your well-being!

What are some knife myths you’ve heard of?