Nothing raises the tension in a film like a good, old-fashioned, knife fight.  2 characters, swinging their blades, both narrowly avoiding the other persons blade can really set you on edge  (some pun intended).  Some films are better than others when it comes to pulling this off naturally. 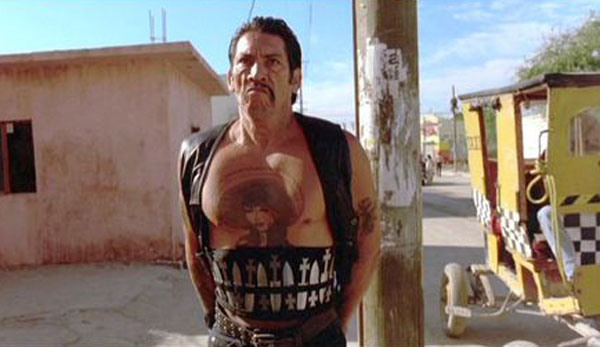 Up first we have a classic, Desperado.   In this scene, we have Antonio Banderas doing his best to escape from Danny Trejo and is impressive knife throwing skills.  This scene is at the top of many “Favorite Knife Fight Scene” lists for a reason, including our own.   Check it out below.

Remember, remember the fifth of November.   V for Vendetta has become a modern day cult classic.   In this scene we have V, showing us just how deadly a knife can be.  This scene speaks for itself, check it out below.

Kill Bill is some of Tarantinos best work.  The story of a Bride, left for dead on her wedding day, seeking vengeance on those who wronged her.   One of the movies strongest qualities are its over the top fight scenes, especially this very well done knife fight between Uma Thurman and Vivica A Fox!

The last scene on our list is from an American western classic!   In these scene Paul Newman is up against a man almost 2 times his own size.   He realizes the best way to win is with a little bit of trickery.  When of the best parts about this fight is that there really isn’t much of a fight at all.  It’s over before it starts.  You expect something epic, instead you are left with something, short and to the point, but still knowing why Butch Cassidy is the man in charge.

So what do you think?  Is your favorite knife fight on our list?  Vote in the poll below to let us know!  Or, feel free to submit your favorite in the comments below.