You saw this coming. ‘Tis the season, after all.
The knife community seems to really embrace Halloween in the form on pumpkin carving, so I thought it was about time for the Knife Blog to get on board, too. There are quite a few pumpkin-carving contests this month that I’ll highlight later in the post, but first, take a look at some Guinness World Records, pumpkin-carving style. 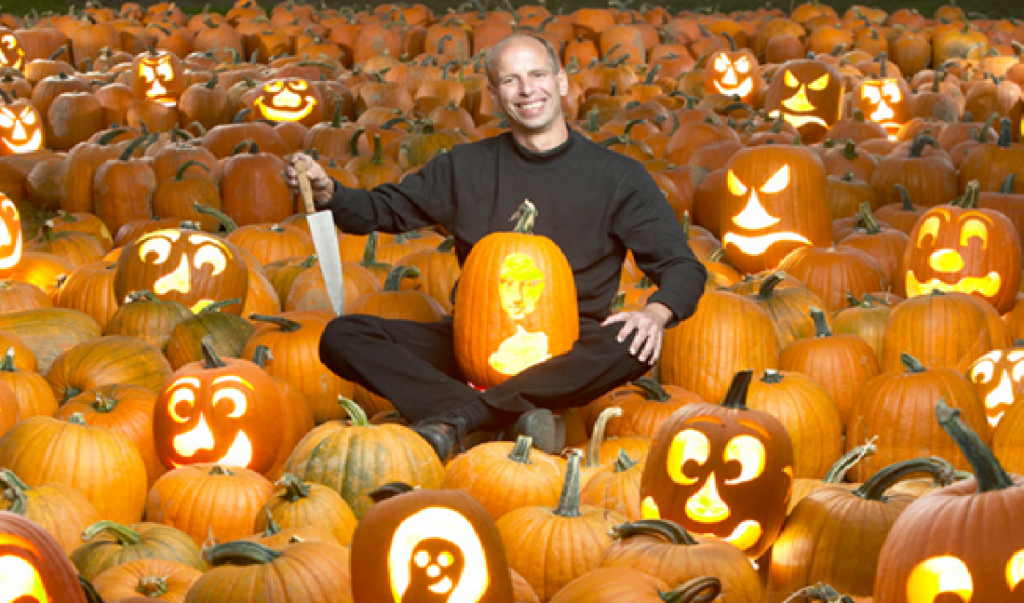 Fastest Time to Carve One Ton of Pumpkins

Ha, isn’t this picture great? Look how happy he looks with that knife… and all those pumpkins…
Anyway, the man you see in the picture is Stephen Clarke. In 2008, he set the world record for the fastest time to carve one ton of pumpkins (3 hours 33 minutes 49 seconds).

Fastest Time to Carve One Pumpkin

David Finkle carved a face into a pumpkin in just 20.1 seconds.

965 Malvern Town Center students from Ontario, Canada carved pumpkins simultaneously in 2005. They are the current record holders in this category.

Most Pumpkins Carved in One Hour

David Finkle also holds the world record for the most pumpkins carved in one hour. In 2007, he carved 102 pumpkins in one hour. That’s an average of 1.7 pumpkins per minute!

Time to get carving! What’s your pumpking-carving knife of choice?