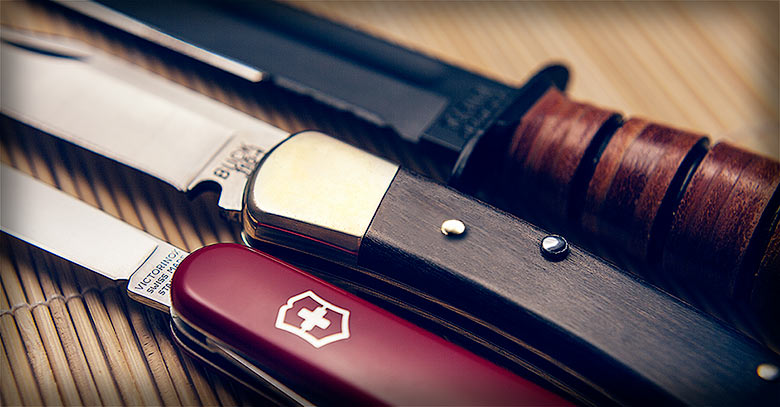 There are knives out there that have such great recognition that they have become iconic due to popularity or historical significance. In this post you’ll find a variety of iconic knives including knives that are iconic of specific brands.
It’s honestly kind of hard to know where to draw the line as far as how many knives to include in this post, so for this first section, I only included a few iconic knives to keep it short and sweet.

(These knives are iconic in general and may or may not be specific to a brand or model; they’re knives that might come to mind when you think of knives in general.)
Swiss Army Knives 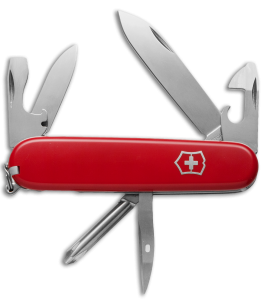 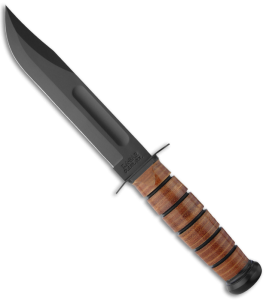 In Ka-Bar’s words:
“The most famous fixed blade knife in the world – the Ka-bar – was designed to serve our troops during World War II and is still doing its job, with honors, 70 years later.”
According to Ka-Bar’s website, on December 9, 1942, the company approached the United States Marine Corps with a knife design—Ka-Bar had hoped that the knife would become “general issue to that branch of the military.”
The Marine Quartermaster Department helped to tweak the design, and eventually a solid fighting and utility knife went out for Marine use. Even though the knife wasn’t technically manufactured at the Ka-Bar facility, the name most knew the knife by at the time was “Kabar.”
Buck 110 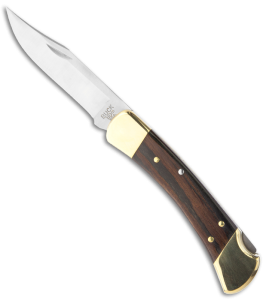 The Buck 110 has been around for quite some time—since about 1963, from what I’ve found. It’s generally recognized as a classic folding knife, and included on our list for best Buck knives.
Bowie 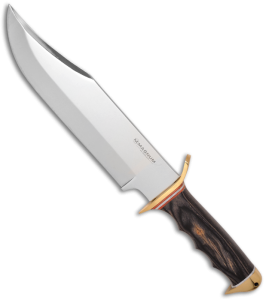 The Bowie is perhaps the most iconic knife of America. It is widely accepted that Jim Bowie invented the Bowie knife, but that blacksmith James Black made the knife for him. The knife lost popularity for a while, but regained momentum in the ‘50s as lots of Davy Crockett and Jim Bowie books and movies were released, showcasing the Bowie once again.

Most Iconic Knives by Brand

If you’re a knife enthusiast (and judging by the fact that you’re reading this, you probably are), then you’ve got your favorite knife brands by now. You probably have an idea about what knife is the most well-known from some brands, but probably not all brands.
I get a lot of my information for blog posts from knife addicts like you and from internet research, but I wanted to get feedback from you all. You may have seen a survey pop up on the Blade HQ Facebook page yesterday. I asked all of you what knives come to mind when you think of specific knife brands, and I got a lot of input!
Below you’ll see your answers. I’m only including the brands that had a clear consensus on what their iconic knife or knives were. Here’s what you guys had to say:
Benchmade: Griptilian
Does this surprise anyone? Probably not, since the Griptilian is 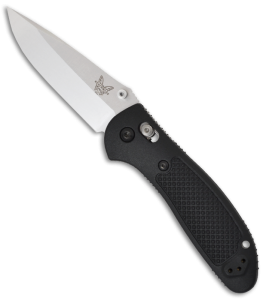 freaking awesome. Honestly, I wasn’t sure if the Griptilian for the 42 would come out on top as the most iconic knife, but the Griptilian won by far. Though it’s true Benchmade got its start with the Bali-Song, it seems as though the Griptilian is widely accepted as Benchmade’s most popular knife model today, and why shouldn’t it be? It has a super strong lock, quality materials, great functionality, and a warranty that’s hard to beat.
Spyderco: Paramilitary 2 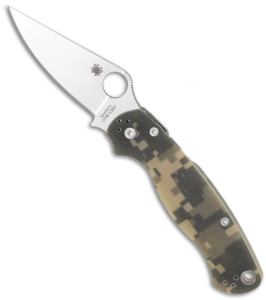 The Paramilitary 2 was the clear iconic knife from Spyderco. It has an extremely strong lock (Spyderco’s Compression Lock), equally amazing ergonomics, and high quality materials.
The Spyderco Endura, Delica, Tenacious, and Manix are all popular among knife enthusiasts as well, but the Paramilitary 2 is without a doubt the most popular and most widely recognized Spyderco on the market right now.
Microtech: Ultratech & Halo 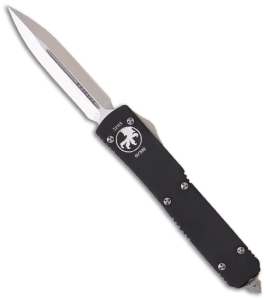 This one was close, folks; the Ultratech barely beat out the Halo, so as far as I’m concerned, the Ultratech and Halo are tied for Microtech’s most iconic knife. Both are automatic OTFs, which are knives Microtech rocks at making.
Let’s not forget about the Halo! 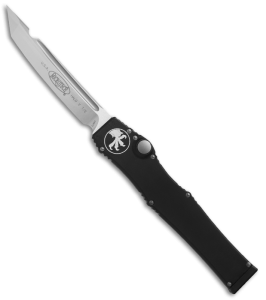 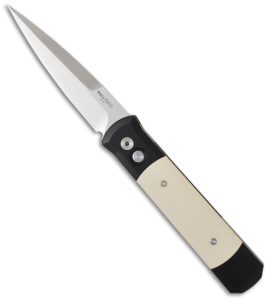 The Godfather just so happens to be a classic from Protech that’s also classy. It comes in a variety of styles that are elegant, and each knife has a slightly different personality so that you’re sure to find a knife that matches your own personality.
(Fun fact: our product manager tells me the Protech Godfather and Godson were the first knives ever to be put on the Blade HQ website.)
Cold Steel: Recon 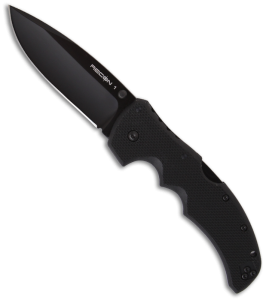 The Cold Steel Recon comes in a few different sizes, but each size is super strong and functional. It might surprise you that a folding knife model was most popular from a company that has captivating, original field tests that often involve fixed blades and chunks of raw meat, but now you know. You’re welcome.
Boker: Kalashnikov 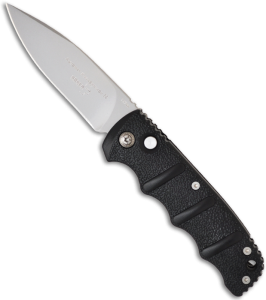 The Kalashnikov is a Boker that everyone needs to own. Even if you’re not really into autos, the Kalashnikov is for you! It has solid action and good quality at a really great price point. It’s hard to find a better bang for your buck than the Boker Kalashnikov.
Kershaw: Leek 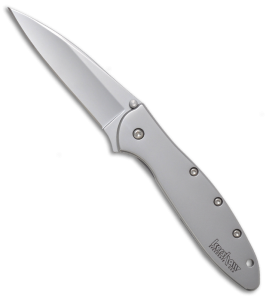 Kershaw is the brand I apparently haven’t got a clue about! I was sure the Cryo would be the most iconic knife from Kershaw, but alas, it’s the Leek—one of many stellar designs from Ken Onion.
The Kershaw Blur trailed a ways behind as Kershaw’s second most popular knife.
CRKT: M16 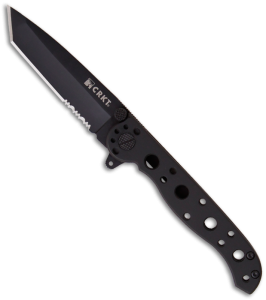 Designed by Kit Carson, the M16 is a great series from CRKT. It’s great for everyday carry and it is available in several different styles.
Zero Tolerance: 0560 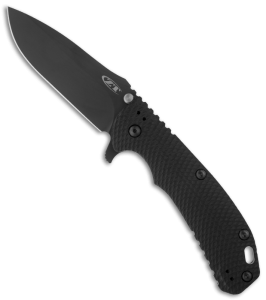 There were a ton of ZT models that you all nominated, but the one that stood a little above the rest was the ZT 0560. Like all ZT knives, the 0560 is rugged, super functional, and very high quality.
A number of you said you think of Hinderer when you think of Zero Tolerance, but no specific model. Rick Hinderer is definitely the man, and he has designed some great Zero Tolerance knives (like the 0560).
At the end of the survey I gave you guys, I asked for other suggestions about what iconic knives you all could think of. Unfortunately I don’t have the time to devote to each knife you guys suggested, but here are some of the iconic knife models you guys came up with:
Chris Reeve Sebenza
Emerson CQC knives
Ontario RAT 1
ESEE Izula
Strider SMF/ Strider SnG
What other iconic knives or knife models can you think of? Let us know in the comments section below!
As always, thanks for stopping by and be sure to check back next Friday for more awesome knife content!

8 thoughts on “Most Iconic Knives: Historical and Brand-Specific”