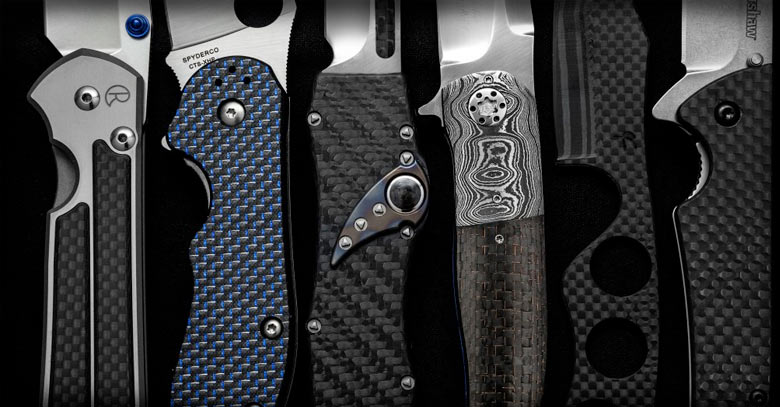 Carbon fiber is one of the classiest materials you can find in the knife world, but do you know what it is or anything about its history? I sure didn’t. Many people are charmed by carbon fiber and its sleek appearance, but it turns out carbon fiber is awesome for way more reasons than just its looks. Find out why, and check out some of our favorite carbon fiber knives!

What is carbon fiber?

Before I go into what exactly carbon fiber is, I wanted to put in a quick plug for the handy dandy Knife Glossary on Blade HQ’s website. You probably didn’t know it was there at all. While it doesn’t include every single material or knife term under the sun, it does include quite a lot of information, and it’s worth checking out if you have questions about knife materials, anatomy, or terminology. You can find the glossary here:

Because the Knife Glossary is so awesome, it just so happens to have a definition of carbon fiber that’s knife-specific:
“A handle type made with thin strands of carbon (thin as a human hair) woven into patterns, then set in resin.”

Late 1800s: The earliest documented use of carbon fiber that I could find was actually by Thomas Edison. In the late 1800s (some sources I found said 1879), Edison used carbon fibers “as filaments for early light bulbs.” The fibers Edison used were different than the carbon fiber we use today—he used cellulose-based materials like cotton and bamboo—but they still had some of the same positive traits that the carbon fiber we know and love has. For example, the fibers that Edison used were heat resistant, which was obviously beneficial for a material that would be placed inside a light bulb.
1950s: Fast forwarding to the late ‘50s, the makeup and market for carbon fiber changed drastically. I don’t think I can word this better than the research I found did, so in the words of HJ3 Composite Technologies:
“It wasn’t until the late 1950′s that high tensile strength carbon fibers were discovered. Rayon became the first precursors used to create these modern fibers. Ultimately, it was replaced by more effective materials such as polyacrylonitrile (PAN) and pitch.”
(Sorry folks; my brain just isn’t technical enough to break that down any more.)
1960s: Carbon fiber was widely used in aircraft because it is lightweight and therefore made travel by aircraft faster. Carbon fiber was also an attractive option for aircraft because of its heat resistance. This, from what I’ve read, was mostly beneficial for resisting the high temperatures that occur with atmospheric re-entry.

Skipping forward a bit…
21st Century: Carbon fiber is everywhere! Aerospace, sporting goods, NASCAR and high end cars, wind energy sources—these are just a few of the places you can find carbon fiber these days. A friend of mine just told me she’s seen carbon fiber in wedding rings, too. Crazy.

Carbon fiber is a great addition to any knife handle because it is very lightweight, has high corrosion resistance, and is stunning. Without a doubt, carbon fiber is all you need to elevate any knife from normal to classy.
The awesome employees at Blade HQ have some favorite carbon fiber blades. Take a look!
Spyderco Domino 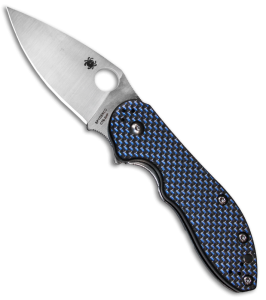 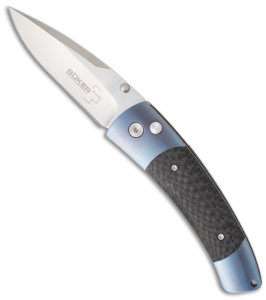 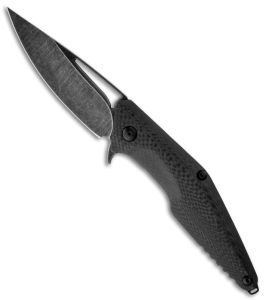 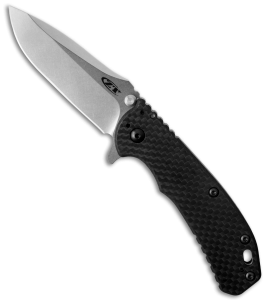 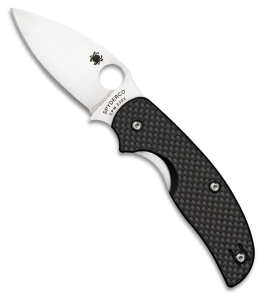 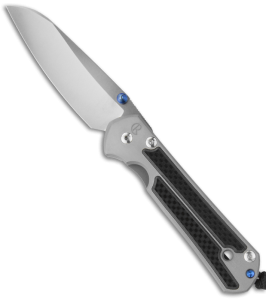 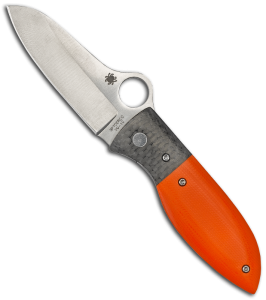 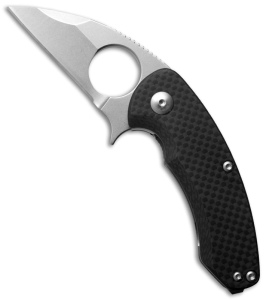 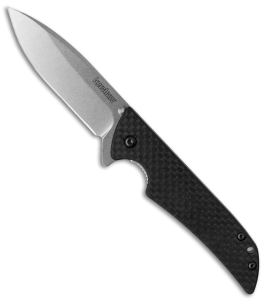 What are your favorite carbon fiber knives? Let us know!