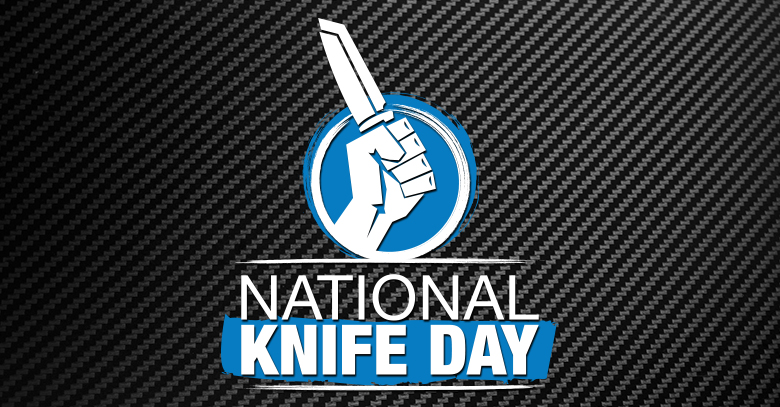 So, in honor of all our loyal knife fans, and National Knife Day, we are asking the question “what makes you a knife guy”?
Every story will be different, but at its core there is something that brings us all together, our love of knives. We love to hear what brought you to the world of knives, and what kept you here. We posed this question to a myriad of different people from around the knife world, and now we are happy to share their stories with you. Below are a few of the responses we got.
To start, we asked Cam Hughes, CEO of Blade HQ, what makes you a knife guy, he replied:
I think of myself as a “knife guy” because one of my first thoughts, when I go somewhere, is usually “Do I have my knife?” Admittedly sometimes I do forget it or I can’t bring a knife with me and it’s like not wearing socks.
Where did you get your passion for knives, or what makes you love them?
My Dad is a military guy and he would take me to surplus stores as a kid. He let me buy whatever knives I wanted and so I grew up using and loving them. Some of my best memories are of playing in the forest and carving sticks for hiking and roasting marshmallows, making bows and arrows and crafting various hideouts. For me knives are all about the utility- I use mine a dozen times a day and I don’t know what I’d do without one.
Cam 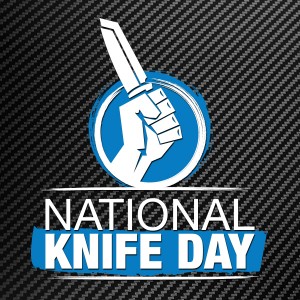 RedLyncx over at bladeforums.com had this to say:
When I was very young, I didn’t want to go out in public using the crutches I needed in order to walk, as a lad. My dad said if I did, he’d give me this interesting, very small pocket knife he had. A bit of a bribe, but it worked. Since then, I’ve felt knives are something greater than the sum of their parts.
This is what makes Voimakas over at JerzeeDevil a knife guy:
I honestly don’t remember. I just remember having a pocket knife back in third grade and since then, I’ve always had at least one knife on me at all times. They’re just so useful.
EdcaffreyMS at knifedogs.com believes this is what made him a knife guy:
For me it all began at the age of 12, I grew up in a small Indiana farming town, right on the Ohio River….boys worked on the farm in the summer, and hunted/trapped in the fall/winter. That summer my best pal and I had worked all summer bucking hay bales, all to purchase new knives for the upcoming hunting/trapping season.
We each purchased a “well-known brand/type” of knife that was supposed to be “the best”. The first use of those knives came in the way of skinning a beaver…..he sharpened his knife 4 times, and I sharpened mine 5…. To get through skinning that one beaver. There had to be something better. We each started scrounging around the farm shops, building crude knives…..but each one was better than the last.
My knife making “career” took off when I was 19. I joined the Air Force and met a man who introduced me to a forge….since then it’s been a love affair that continues to drive me to this day. For me, the best part of knife making is knowing it’s a never-ending learning process, and that every day I step foot in the shop, I’m going to learn something new. Knife making has taken me around the world teaching and meeting many great Knife makers from all corners of the globe. It doesn’t matter if we even spoke/speak the same language……knife making is universal.
After retiring from the Air Force, I literally took off my uniform one day, and the next, put on my jeans and boots, and went to the knife shop. That was a dozen years ago, and I still look forward to “going to work” each and every day.
Tyson Best, avid knife guy with The August Five says:
I get hassled for carrying a knife quite frequently. “Why do you need a knife? Who are you going to stab?”, and other such comments from co-workers, associates, and the like. What makes me a ‘Knife Guy’ is the satisfaction I get when within the next hour, without fail, those same naysayers ask to borrow my knife. There are more powerful tools, but there is no more useful tool than the humble knife.
These are just a few stories, and we want to hear yours! Feel free to comment and let us know “what makes you a knife guy”!
And above all, we want to wish each and every one of you a very happy National Knife Day. It’s because of all of you that we have this awesome holiday. Celebrate with us this year. Head over to Instagram and use #ImaKnifeGuy and #NationalKnifeDay to show us what makes you a knife guy. And don’t forget to head over to BladeHQ on National Knife Day (August 24th), and get a free T-shirt with any purchase, while supplies last, one per customer.
We hope you have a great National Knife Day!